Embracing our Culture, our Customs and Traditions, and bringing back the things that truly are part of those, and discarding, finally, those aspects that were invented so that, somehow, we were similar to the Gadje among who we lived, is the greatest act of resistance that we could ever offer.

Instead of assimilating we should, nay must, do the opposite rather live and celebrate our Culture, and all that which truly belongs to it, in the face of the enemy. That is true resistance.

The Native Americans, First Nations as they are called in Canada, have, some time ago already, discovered that and that is also why they so vehemently fight against cultural appropriation, or best misappropriation, but why they also celebrate their culture at every possible opportunity.

Due to the fact, however, that they are, in truth, different Nations, and thus have diverse cultures, not everything from one group is also found in another. Generally we, le Rom, are much more homogeneous and the differences in cultural aspects are due to loss here and there and adaptation to Gadje ways so as not to be sticking out more than already.

Our Calon brothers and sisters in Brazil also take the approach of embracing our Romani Culture and celebrating it at every possible opportunity. It is not Amari Chib that is our strength among the Gadje but it is our Culture, together with our Customs and Traditions. Theoretically, and it has been proven more than once, anyone, even a Gadjo or Gadji, can learn our language and try to pass him- or herself off as one of us but the Culture, and especially specific parts of the Customs and Traditions are not that easily to fake, particularly the ones that are not generally in the public domain.

Let us embrace our Culture, and all that goes with it, and, as mentioned in the beginning, bringing back those parts that really belong to our Culture and Customs and throwing out those parts that do not, and that includes the fake patriarchy, and yes, fake it is, as an act of resistance.

But, to do all of that requires courage. Courage to stand up for who and what we are and for Amare Chel and Amare Chave. If we have that kind of courage, based on our ancient Culture, our Customs and traditions, and especially solidarity, though the latter is sadly lacking, it seems, our resistance and we all would be invincible. I am not saying that embracing our Culture as an act of resistance will, miraculously, eliminate racism and discrimination against us but it is more constructive way of fighting this and that as a visible People. But embracing our Culture, predominately, will give us, as a People, the strength to stand on our own for our strength lies in our Culture. 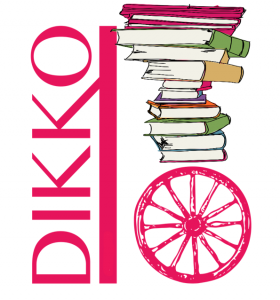